The state of stripers and their fall migration

When I was a little kid growing up in New York state, I learned rather quickly there was a silver-sided king living along the coast. My dad and his friends would disappear for full days just for the opportunity to meet him. As an adult, I’ve come to understand that king is the Atlantic Striped Bass, a fish that grows big, fights hard and tastes great.

Travel the length of the East Coast and you’re bound to meet a striped bass angler. Known also as stripers, rockfish, linesiders, and greenheads, the popular species connects anglers of various backgrounds across multiple states. Even the management of the species relies on that connection, operating as an interstate pact among 10 states that each have their own renowned striper bites.

The Atlantic States Marine Fisheries Commission (ASMFC) is the agency responsible for overseeing management of Atlantic Striped Bass from Maine through North Carolina. The agency sets overarching management measures for the species. State fisheries agencies then have the authority to establish regulations for their waters, like bag limits and length requirements, to either match or, be more restrictive than, those set by ASMFC.

Tackling the nuances of such a system can be extremely challenging. Listen in to one of ASMFC’s public meetings and you’ll quickly grasp the complexity of fisheries management, especially when addressing each state’s unique needs.

I have yet to meet a fish that respects the line between New York and New Jersey with the same fervor that locals might. Since fish cross jurisdictional boundaries on a regular basis, it’s important that management strategies consider the demands of anglers across the entire region. This is especially true for migratory species like Atlantic striped bass.

Striped bass occur along the entire Atlantic coast of the United States. They can be found in diverse locations, from freshwater tributaries and coastal beaches to offshore reefs and ledges in deeper waters. The Chesapeake Bay is one of the most important spawning areas for the coastal migratory population of striped bass, along with the Hudson and Delaware Rivers. Juvenile fish live in river deltas and closer to shore in sounds and estuaries until they go on to join the coastal migratory population of striped bass in the Atlantic. There they’ll participate in a migration that, for some, will cover nearly 1,000 miles of coastline.

Dr. Dave Secor, a marine biologist studying striped bass migratory patterns at the University of Maryland Center for Environmental Science, describes the striper migration as “bird-like”. Traveling north in the summer and then south to wintering grounds in deeper waters off New Jersey through North Carolina, these fish really do mirror what we expect from birds in our own backyards. Secor led an acoustic tagging study which tagged 100 striped bass ranging from 16 inches to 40 inches during the spring and fall. Results indicate that many striped bass born in the Chesapeake Bay will travel as far as Massachusetts for the summer and early fall, and then head South for their winter grounds off Hatteras, North Carolina.

Secor’s research also reveals some interesting information about the size of fish leaving the Chesapeake Bay.

“What we found from the study is what’s known as a differential migration, where part of a population leaves an area based on size or sex,” says Secor. “In this case, fish appeared to leave the Chesapeake Bay based on their length. There is a really strong signal that fish leave the bay at 31 inches.”

While Secor has learned a lot from this research, he admits that there are some things that current information doesn’t explain, such as where small fish in shelf environments and surf zones come from. If those fish are expected to stay close to their home tributaries until they’ve reached a length of 31 inches, how did they end up at the shelf or the surf?

It's clear there is still much to learn about striped bass population dynamics and migratory patterns. However, we’ve learned a lot in the last several decades. For anglers, understanding these migration patterns is key to knowing when and where to target striped bass, in addition to understanding how best to conserve them. Charter captains perhaps know this best.

Captain, Drew Downing of Down East Charters in Chatham, Massachusetts, has been fishing nearly his entire life. He’s traveled to fishing destinations across the world, exploring freshwater and saltwater fisheries in places as far away from home as New Zealand. Although he’s spent a lifetime in pursuit of various species on the fly and conventional tackle, he’s found that his home waters offer a unique experience deserving of world class recognition.

“Chatham is on a short list of the very best places to fish for striped bass,” says Downing. “We wait a bit longer for them to arrive but have fish all summer and fall, most years Mother's Day Weekend until Halloween or later. We are also truly lucky to have resident bass throughout the summer, whereas many states to our south have migration periods and may be too warm during the summer months.”

The waters off Massachusetts are home to some of the ocean’s most spectacular creatures, ranging from the striper to Great White Sharks. The enormous diversity of life found there in the summer months is largely due to the area’s geography. “We have an incredibly diverse amount of habitat for stripers here in Massachusetts, with rocky intertidal areas for most of Plymouth and Duxbury up north and a mix of sand, flats, and rocks for the Cape and the south coast,” says Downing. “Lots of current and tidal flush and a good deal of bait all seem to work in concert to keep the fish around. In a two-day span, you could kayak fish at Plum Island, overnight at the Canal throwing plugs, and wrap it up the next day fishing the rips and flats at Monomoy--all completely different fisheries with great striper fishing.”

Other factors also contribute to the excellent fishing expected off Chatham, one of which keeps some folks tied to the dock. “Upwelling from the south channel cools us most of July and August and results in that ‘Chatham Fog’ that people always reference,” explains Downing. “I love the fog! Low light equals bitey fish and other boaters have trouble joining the fleet.”

All of the locations near Chatham offer their own unique kind of fishing. Meanwhile the primary target species remains the same. It’s clear that striped bass are tremendously important to recreational fisheries along the East Coast. It’s one extremely popular fish. “The reasons striped bass are so popular are plain and simple - they are approachable to all anglers, shore and boat, and everyone along the Eastern seaboard gets a shot at them through the spring, summer, or fall,” says Downing. “They are such an incredibly versatile fish. Locally we find them in ten inches of water along the beaches, estuaries, and flats to far offshore in the pelagic zone eating herring.”

Downing has been working in the charter industry for eleven seasons now. He’s seen clients come back year after year to experience the striper bite with him and his crew. The talented captain loves those early mornings off the coast, the kind of days that start well before the sun rises. And when stripers first arrive in the early spring, Downing sure is ready for them.

“Small schoolies that hungrily devour everything in May kick our season off on the right foot” he says. “Then we start to see the next size class out on the flats and rips. After that, you finally start to see some larger fish show and the bite gets a bit more challenging. This transitions to the dog days of summer where you have to really work to find quality fish. Finally, we have the fall push and all that entails. What an awesome ebb and flow to a fishing season! Sprinkle in the ability and arrival of other species to play with along the way and striped bass truly becomes the backbone of our season out here on the Cape.”

While striped bass is indeed the backbone of the fishery in places like Chatham, Massachusetts and Montauk, New York, managers have concerns about the health of the population along the East Coast. The 2018 stock assessment for the species indicated that striped bass are overfished and experiencing overfishing, a designation that often results in constrained catch.

Discussions will continue regarding what to do about management of striped bass as a new stock assessment will be reviewed in November of this year. It’s likely that other factors, not just release mortality, could be contributing to declines in the striped bass fishery.

Meanwhile, there are many ways for anglers to improve the likelihood that a striped bass will survive when released. “High temperatures promote skin infections in fish,” says Secor. “Diseased fish are immunocompromised, which consequently means they are very hungry and easier to catch. The stress of being caught, handled, and released while immunocompromised just further exacerbates the situation and increases the likelihood the fish will die. This is a bigger problem for fish in the Chesapeake Bay in the summer than it is for fish in cooler waters up north”

Secor recommends anglers exercise caution when fishing for striped bass in hot temperatures, especially in inshore areas of the Chesapeake Bay or similar water bodies. He notes that it’s best to heed heat advisories announced by state agencies, such as the Striped Bass Fishing Advisory Forecast organized by the Maryland Department of Natural Resources. A red advisory indicates that folks shouldn’t fish for striped bass after 10 AM since air temperatures are at or above 95 degrees. A yellow advisory is announced when temperatures are expected between 90 to 94 degrees. Under those conditions, anglers should keep striped bass in the water if releasing the fish. A green advisory gives anglers the go ahead to fish as normal using the standard best practices, such as reducing the fight time, handling fish with wet hands, minimizing the amount of time a fish is out of the water, and using appropriate tackle and tools for an efficient release.

In general, anglers have proven time and again that they’re excellent stewards of conservation. Fisheries can be rife with contentious issues, but anglers take great pride in doing their part to ensure that fish are available for future generations, all while fighting for continued access for recreational fishermen. Their use of best practices, as well as their commitment to assisting with data collection efforts and educating others, has not gone unnoticed. “Over my career I’ve seen a significant shift toward a conservation ethic among anglers,” says Secor. “The care anglers give to striped bass and heeding warnings is a true testament to that.”

By Cameron Rhodes of THE BUCKSKIN BILLFISH 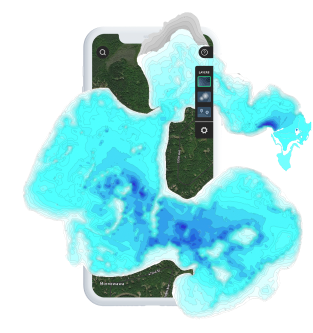 Merry Christmas from Fishbrain
Merry Christmas from Fishbrain. Thank you for being part of our community and making 2022 a great year for fishing.
December 20, 2022
Holiday Gift Guide with the ZOE ANGLING GROUP
We sat down with the ZOE ANGLING GROUP to talk about their beliefs on making ethically sourced products and fishing gift options for the holidays.
November 23, 2022
Steelhead on the fly with Mad River Outfitters
Learn about fly fishing for Great Lakes steelhead with the experts at Mad River Outfitters.
November 18, 2022